The first definition of ‘Diversity’ is from  the University of Oregon:

#1) University of Oregon’s agenda-driven Definition of Diversity:
The concept of diversity encompasses acceptance and respect. It means understanding that each individual is unique, and recognizing our individual differences.  These can be along the dimensions of race, ethnicity, gender, sexual orientation, socio-economic status, age, physical abilities, religious beliefs, political beliefs, or other ideologies.  It is the exploration of these differences in a safe, positive, and nurturing environment. It is about understanding each other and moving beyond simple tolerance to embracing and celebrating the rich dimensions of diversity contained within each individual.

#2) Now compare it with Luiz Solimeo’s truthful definition of Diversity: (As Paul Harvey would have said, “The rest of the story…”.)

Diversity, a “Talismanic” Word of the Homosexual Movement
By Luis Sergio Solimeo

In the terrible Cultural War afflicting the contemporary world, the most effective and destructive weapons are not bullets or bombs but rather ideas, concepts and words that attack traditions and institutions. Indeed, the most intense struggle now facing the nation is one of beliefs, ideas and convictions.

Bombs may kill, wreak havoc and terrify consciences. However, they only influence man from the outside in an indirect and not always effective way. A proof of this is the aftermath of the terrorist attacks of 9/11. Instead of causing the panic and discouragement the terrorists might have hoped for, the attacks stirred up indignation, condemnation and defiance in American public opinion

Thus, it is incredibly easier to react to a bombing than to an offensive of ideas, especially when they are presented in a sly and furtive way, and when sophisms are hidden behind a seeming evident yet false common sense.

The Talismanic Word
In his study, Unperceived Ideological Transshipment and Dialogue,1 Prof. Plinio Corrêa de Oliveira describes how propagandists use certain words that by their glitter can easily deceive people. He termed these words as “talismanic” since they seem to possess an almost magic power to influence the public.

“[It]is one whose legitimate meaning is congenial and, at times, even noble; but it is also a word that has some elasticity. When it is used tendentiously, it begins to shine with a new radiance, fascinating the patient and taking him much farther than he could have imagined.”

“The talismanic words correspond to what the media generally considers modern, pleasant and attractive. Thus, the lecturers, speakers, or writers who use these words do so for the sole reason of seeing their chances of a good reception in the press, radio, or television considerably enhanced. For this reason the person listening to the radio or the television or reading the newspaper will find these words used everywhere in every possible way, with growing repercussion in his soul.2

Diversity, a Talismanic Word
One such talismanic word used extensively by the homosexual movement is diversity.

When doing research on sites and publications of the movement (not recommended except in overriding necessity), one sees this talismanic word used very much as a conceptual weapon. It is an “in” expression harboring a most dangerous sophism.

For example, we find on the web site of Johnson & Johnson, this statement:

“Our Credo Policies Recruiting Supplier Diversity Program …. At Johnson & Johnson, diversity is defined as a variety of similar and different characteristics among people, including age, gender, race, religion, national origin, physical ability, sexual orientation, thinking style, background and all other attributes that make each person unique.”3 Likewise, the site of Radisson Hotels reads: “Our commitment to diversity …. Diversity is not only Diversity of ethnic background and gender, but also age, sexual orientation and work and life experience.”4

Diversity in relation to what?
The problem is that diversity is a relative concept. It does not stand on its own but requires another concept with which it is related in order to have a meaning, as for example, the relative concepts of father and son, or right and left.

Thus, it is not enough to speak of diversity: one must know the term of comparison that defines it. This comparison can be done by similarity, difference or contradiction.

Thus, diversity can be compared by difference when used in relation to culture, race, forms and colors. In this sense, diversity indicates a simple difference between things that are not contradictory but express a wholesome and enriching variety.

Sexual Diversity is opposed to the natural order
Now then, the theoreticians of the homosexual movement would have the public believe that homosexual practice is merely a different form of, or a diversity from heterosexual practice. And by using the technique of talismanic words, they cast aside the many meanings and nuances of the word, diversity. Instead they reduce diversity to a mere, legitimate and enriching difference. In this way, they carry out a real unperceived ideological transshipment, to use the expression coined by Prof. Plinio Corrêa de Oliveira whereby someone opposed to a practice comes to sympathize with it.

Thus, by this logic, if homosexual practice is merely a wholesome and legitimate variant of human sexuality, it should not only not be condemned but should be condoned and supported.

However, it happens that the term of comparison of sexual diversity is heterosexuality, which is not merely a possible form of sexuality, but the only one in conformance with human nature which is of itself heterosexual. Both the anatomy and physiology of the sexual organs which are part of the reproductive system indicate the natural complementariness between the sexes. Likewise, male and female are naturally disposed by their very psychology to be attracted by one another.

Therefore, to speak of sexual diversity as being opposed to heterosexuality would be like saying diversity in relation to human nature is opposed to the order of nature itself. Such diversity would not be one of simple difference but rather one of contradiction.

Now, what is opposed to, or contradictory with, human nature is anti-natural.

Logic destroys the efficacy of the Talismanic Word
In spite of all the artifices employed by the homosexual movement in using the talismanic word diversity, a simple logical analysis of it dispels the sophism and strips it of its alluring glitter.

Diversity in sexual behavior is merely a sophisticated and deceitful way of referring to the acceptance of the act against nature which gave such sad notoriety to the inhabitants of Sodom and Gomorra.

However much homosexual propaganda, supported by the liberal media, strives to spread confusion between the concepts of normality and abnormality regarding human sexuality, it will never convince men of common sense that homosexual practice is in accordance with human nature.

Indeed, it is only due to activist judges who have abandoned the impartiality of justice that the homosexual movement has been able to impose laws contrary to natural law. It is only because of liberal legislators that civil unions and other such measures have been imposed upon society.

Furthermore, referenda held in many states to define marriage as the union of one man and one woman, have shown how public opinion is not deceived by those who cry diversity as a mask for acceptance of the homosexual lifestyle.

However, the word diversity remains a important weapon in the arsenal of the those who would undermine traditional morality. Depriving the word of selective meaning is a means of fighting back. 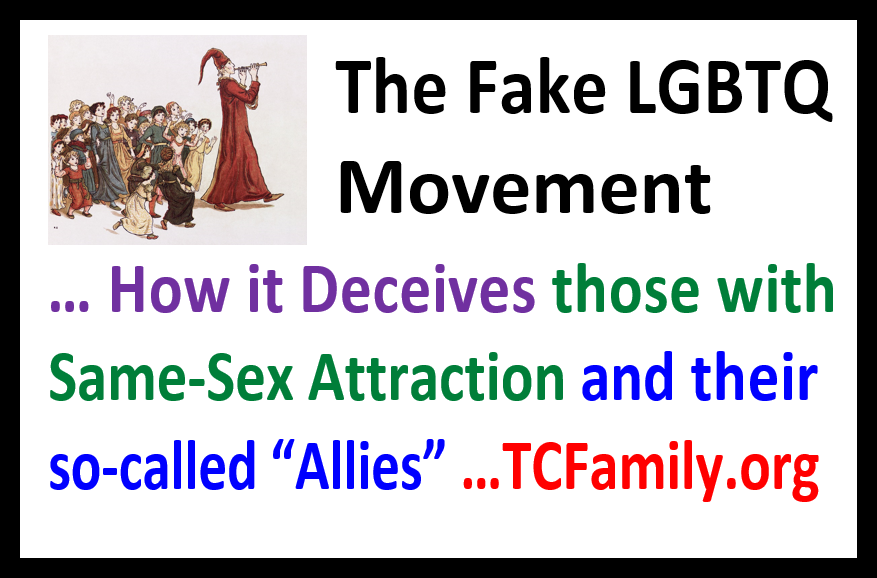 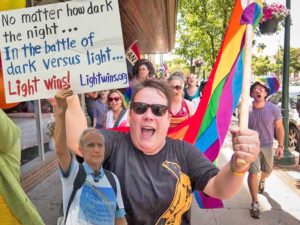